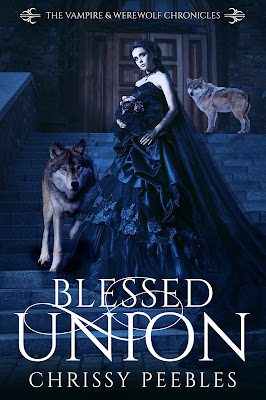 
“Yes, that.”
“No. Dylan and I only went out once. Yeah, we fell into a kiss as well, but we both know that was a line we should not have crossed.”
“Are things between you awkward now?”
“Not really. I’ve managed to put it behind me, and he doesn’t come around much, except to train me. I’m assuming he’s over it too.”
“Hmm. You’re right. He doesn’t linger about, does he? Maybe he’s banished you to emotional Siberia.”
I couldn’t help but chuckle at that. “Yeah, well, if he has, it’s my fault. I’m just glad the two of us never kissed.”
“As I told you before, I wasn’t sure whether the wolf or the tiger would end up with you, but I didn’t want to be the middle of that sandwich. It’s best for us to be friends…though I thank you for the thought.”
Smiling, I clapped a hand on his shoulder. “Well, what can I say? You’re fun to be around, passionate about your music, and so full of life. You’re also spontaneous in the most extreme sense. I’m glad I met you.”
“Spontaneous? Are you referring to our trip to those terrifying caverns?”
“What else?” I asked, laughing as I grabbed my purse. “Now, are you ready for our shopping trip? They can be pretty terrifying too. Just hope we don’t get behind one of those grouchy ladies with a checkbook and a coupon binder.”
He looked at me quizzically, then set his guitar down. “If you say so. Let’s go.”
“What would you like for dinner?” I asked when we stepped inside the market.
“We elves must be light on our feet. Salad sounds nice to me.”
“Oh, that does sound good,” I agreed. “We probably can’t go vegan, though, or the wolf and gargoyle will complain.”

“With all the complications Logan’s having on that case, you’re not even sure if the wolf will make it home tonight.”


“But he might. So let’s be hopeful.”
“Chicken it is, then,” he said. “You go find the poultry, and I’ll harvest the vegetables.”
“Teamwork, huh? I like that! We’ll be out of here in no time.”
I heard Al laughing over my shoulder as I walked away with the cart. As I tossed packs of skinless, boneless chicken and a few filets of fish in it, I thought about my friends and hoped they were okay. Logan, Cindy, and Fred were out on a day mission with Tabby herself, accompanied this time by my sister and her friend John. I really wanted to go with them, especially when I found out Taylor and Julie were in tow, but Tabby insisted that I stay behind to work with Dylan on fine-tuning my powers and getting them under control.
I sighed at the thought. Dylan had worked me out rather violently from five a.m. till two. Emotional Siberia is right, I thought, reflecting on Al’s wise summation, or more like emotional Mars! I learned a very valuable lesson in it though: Never, ever mix business and pleasure. I picked up an extra pack of thick chicken breasts for the tiger, but at that point, I didn’t even know if I should expect him for dinner.
Seemingly out of nowhere, a woman in her thirties smiled at me, approached my cart, then reached in, grabbed one of the packs of fish, and tore it open. My jaw dropped in shock as she put one of the raw filets in her mouth and bit into it.
“A big sushi fan, huh?” I said, arching a brow at her.
Rather than answering me, she just licked the fish juice off her lips and tore into another package. I almost gagged when she snatched an egg out of my carton, cracked it open, tilted her head back, and let it ooze into her mouth and down her throat.
“Wow. Impressive. Rocky Balboa would be proud of you,” I said.
Still, she said nothing.
Slowly, I backed away from the crazy woman who was snacking from my cart. As I did, I saw Al charging toward me, his eyes narrowed and his lips pressed into grim lines. He dropped a head of lettuce, a bundle of carrots, and a clutch of radishes as he ran, but he paid no mind to the plummeting produce as he made a beeline toward me.
“She’s definitely a carnivore, maybe a wolf,” I said when he was within earshot.
“Not a wolf at all! Get away from her!” he cautioned.
“What? What’s her problem then?”
“Obviously, she’s being compelled to act like a lunatic. Who knows what else she’ll be forced to do.”
“Wh-What is sh-she?” I stuttered, staring at her in horror as egg yolk and smelly fish chunks rolled down her chin and dripped onto the checkered linoleum in front of the meat counter.
Before Al could answer me, a little boy ran up to her in a soccer uniform and tugged on her arm.
“Soccer mom,” Al answered.
“Oh. Well, that’s a whole different kind of monster,” I said. “Tell me, why she’s plundering my cart?”
Staring at the woman, he opened a small box, and retrieved two sets of earplugs. “I snagged these a few isles over.”
“You have to pay for those first! And why do we need these to grocery shop?”
Ignoring me, he stuffed some in his own ears, then reached toward mine.
“What are you doing? What’s going on? We still have groceries to get…and some to replace, so—”
Before I could finish, he shook his head and pulled me away from my cart, dragging me toward the entrance.
“What’s wrong with you? Are you being compelled to act insane too?” I then pulled out one earplug so I could hear. “I worked retail for a while, and I know it can be nuts, but—”
“He’s here! Put that earplug back in right now! It’s for your own good.”
“Who’s here? Vincent?”
“No! Dominic, our unfriendly puppet master at play. He told her to do it.”
My eyes widened, my throat felt dry, and I darted my eyes around at the other shoppers and wondering how many of them were zombefied by Dominic’s magic. It did nothing to unsettle my nerves when my gaze settled on the man behind the meat counter, brandishing a humongous cleaver and wearing a sinister, Jack-o-lantern grin on his face.

“Ladies and gentlemen,” came an announcement over the loudspeaker, “I’d like to announce a special sale, today only. Please visit the front of the store for your flyer.”
“I can’t believe this!” I yelled. “Isn’t Dominic supposed to be in immortal jail?”
Al just shook his head, as if he had no idea what I was saying.
Suddenly, a horde of customers came my way, waving flyers around. When one fell near my foot, I picked it up and was appalled to see my picture on it, with my name below it, and instructions: “Chuck it, one-buck it sale! Any customer who hurls grocery items and produce at this shopper will receive special pricing of a full cart for one dollar!”
“As a special bonus,” Dominic continued with his announcements, “everyone will receive a fifty-dollar gas voucher if Sophie’s adorable elf friend Al slaps her in the face with fish from her cart. Al, I command you to do it. Now!”
“Shit,” I said.
Luckily, Al’s ears were still plugged, so he didn’t follow through with the hali-butt-kicking he was commanded to do.
“Sophie, dearest, I’d like you to—”
Quickly, I stuffed the plugs in my ears so I couldn’t hear the awful thing he wanted to compel me to do.
When a can grazed my shoulder, I turned and saw a redhead pitching corn and peas at me, with an evil scowl on her face. I ducked as the next one flew over my head, but when I tried to use my magic, Al put my arm down.
“No!” he said, pulling out my earplug and pointing up at the security cameras. “We cannot risk it being on the news.”
I covered my face as a barrage of kohlrabi and cauliflower flew at me from every direction. An old lady on a motorized scooter lobbed oranges my way, then put her pedal to the metal and drove in my direction as fast as the thing would go, determined to run me over, I dodged to the left, and the woman crashed into a towering display and was quickly buried in a pile of E.L. Fudge cookies.
“Not a word,” Al said as her fingers poked through one of the little elves on the packages. “Not one word!”
“Dear shoppers, please note the stipulation on the bottom of your flyer. Sophie Winters and her companion cannot leave this store, under any circumstances,” Dominic announced.
I put the earplug back in and motioned to the exit. “Let’s get the hell out of here!”
We sprinted down the diapers aisle, but just as we turned the corner, we noticed that the exit was blocked by a huge gathering of people, with a wall of shopping carts in front of them. I wasn’t sure what else Dominic had brainwashed them with, but they looked at us with pure hatred in their eyes, as if they were possessed.

You can preorder exclusively at iTunes!

This book will be available on all eBook retailers on August 1, 2018.