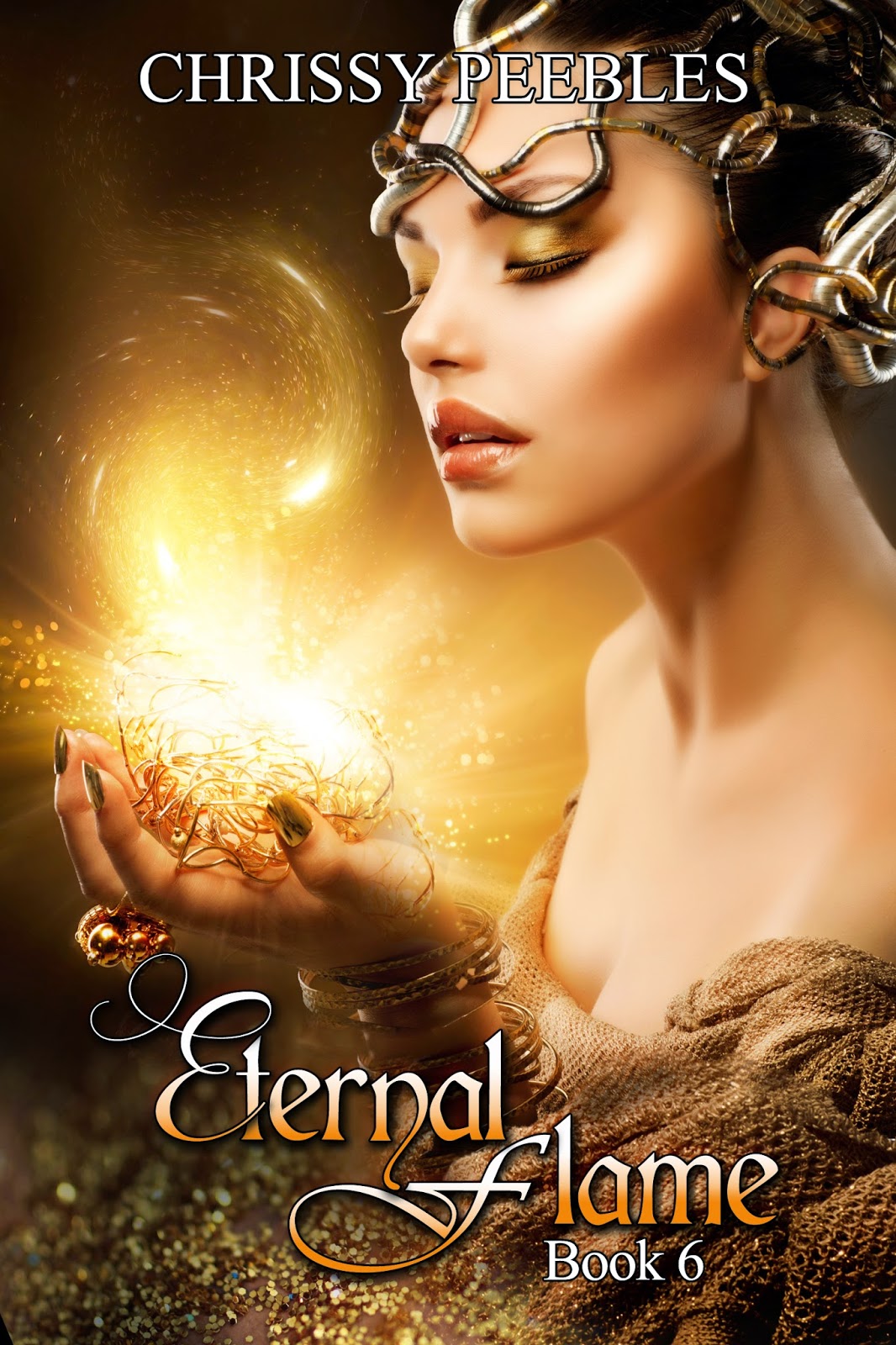 Book 6 of The Ruby Ring Saga
by
Chrissy Peebles


All rights reserved. No part of this publication may be reproduced, stored in or introduced into a retrieval system, or transmitted, in any form, or by any means (electronic, mechanical, photocopying, recording, or otherwise) without the prior written permission of both the copyright owner and the above publisher of this book. This is a work of fiction. Names, characters, places, brands, media, and incidents are either the product of the author’s imagination or are used fictitiously. The author acknowledges the trademarked status and trademark owners of various products referenced in this work of fiction, which have been used without permission. The publication/use of these trademarks is not authorized, associated with, or sponsored by the trademark owners. 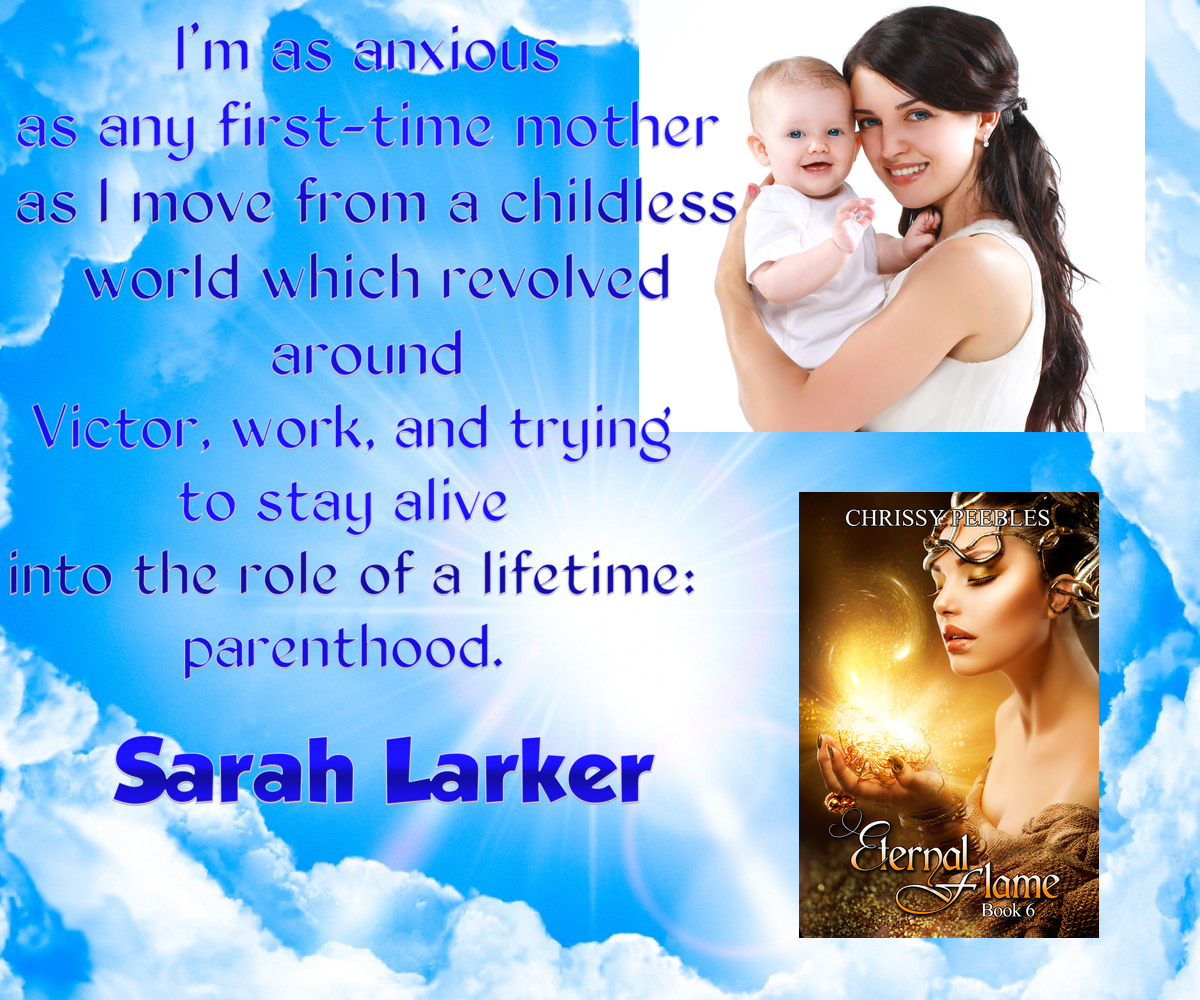 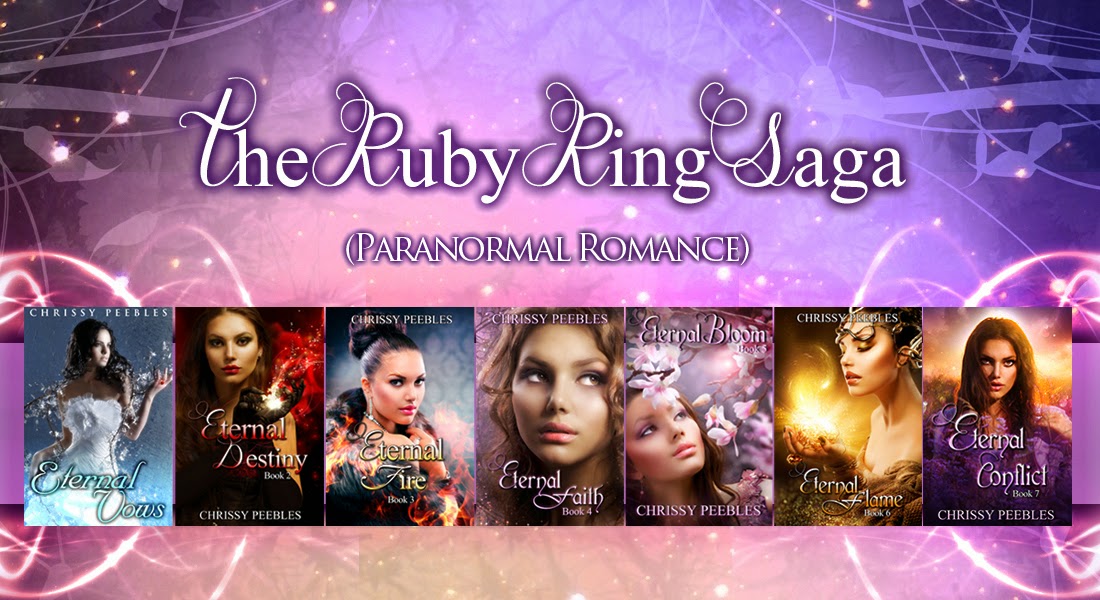 (The formatting is a little off with gaps. I have no idea why. Every time I fix it, they come back. LOL.)

I would love to know what you thought! Please come back to my fan page and let me know. Thanks everyone!

Eternal Flame - Book 6 in The Ruby Ring Raga has been released.

Awesome. I love it. Want more.

When does it come out?

When does it come out? I can't wait!