All eight careers are outlined in Cassie’s story.

My eyes darted everywhere, watching out for those undead zombie bastards. I was ready to fight until the very end. Wrapping my fingers tightly around the sledgehammer, I moved toward the window and peered through the lace curtains. The rural farmhouse where we were hiding was completely surrounded and I knew if we didn’t come up with a plan, we were screwed. There were so many of the ghoulish freaks I had no idea how we’d get past them without being attacked.
I jumped back as a zombie raked its cracked, yellowed nails against the glass. A decomposed face with black and brown muscles wrinkling over the skull stared through the window as though he had already chosen me as his main course. I was sure once upon a time, it had been a man.

Decayed hands with exposed tendons didn’t stop him, he kept pounding. I cringed at the blue-green veins and the open flesh wounds on his forehead, cheeks, and neck. Through a tear in his shirt, grotesque shreds of decayed flesh hung from his exposed rib cage. The right pant leg was torn to reveal a long white femur. Steven King couldn’t have invented anything as atrocious as the creature in front of me.

A soldier grabbed my arm. “Get in the basement! We’re going to launch an attack.”

#1 – SOLDIERS/MILITARY – They can help take out zombies with an arsenal of weapons and military tactics.

“Cassie’s right!” yelled the trapper in our group. “We all need to fight.”

#2 – TRAPPER – Hunt for game like rabbits, turkeys, ducks, and deer.


“Get down in the basement,” Sergeant Rivers yelled. “My troops can handle this.”

The trapper inched forward, reaching for his gun when I jerked him back. “These Army dudes will shoot you in a heartbeat. So quit giving them an excuse to do it.”

My dad, the sheriff, clapped the sergeant’s shoulder. “Listen, there’s no need to fight amongst ourselves. If we work together, we can take out these dead freaks once and for all.”

“Listen to my dad,” I said. “We might be civilians, but we sure can kick ass.” And I’d personally love to kick his into next week.

“Don’t be an idiot,” I said, trying to keep my temper under control.

Dr. Lashing stared out the window. “I can handle the ones to the left and your soldiers can-"

Sergeant Rivers held up a hand. “I can’t let you fight, Doctor.”

I glared. “Why not? Have you seen him with a gun? He’s flippin’ awesome.”

“Doctor Lashing has to be protected at all costs. Since he’s a scientist, we can’t chance losing him. He might hold the key to our future.”

#4 – SCIENTIST – Need a scientist to find the cure.

“And if you saw what a marksman he was, you’d know he was ‘the key’ to getting out of here,” I retorted.

My dad touched my arm. “Cassie, please go check on your sister.”

“Fine, but I’m coming back up to fight.”

He nodded. I knew he didn’t like it, but he knew he couldn’t stop me. As I raced down the stairs to the basement, I could see the EMT bandaging up my four year old sister’s leg. She’d gotten her leg caught on a barb-wired fence.

“I got stitches,” she whimpered. “And I lost Teddy.”
“But you’re alive. Others aren’t so lucky.” Why was I explaining this to a little girl who had no clue what I was talking about?

“Who is Teddy?” asked the EMT.

“Her stuffed bear,” I said. I started to comfort my sister when banging and scratching sounds made my stomach churn. Zombies were fighting their way in, and that meant only one thing: We had to fight our way out.

My friend, Josh, tapped my shoulder. “If I can make it to the Jeep out back, I’m sure I can fix it.”

#6 – MECHANIC – Got to have somebody that can fix vehicles.

I bit my lip hard. It was a long shot, but maybe worth a try.

Josh pulled a stuffed bear from behind his back and handed it to Sammy. “Look what I found.”

I gave Josh’s hand a squeeze. “Thank you.” Gunfire echoed from outside and made me jump.

“It’s clear! Let make a run for it,” a soldier said, shouting down the stairs.
I scooped up my sister while other soldiers helped the wounded. Grabbing an ax sitting by the door, we bolted out the door and into the forest. When a group of zombies attacked, we became separated from everyone in our group. As I ran through the trees carrying my sister, a moan echoed from the trees in front of me.

Dragging its right leg, the zombie inched closer and then swung its rotting arms. It was such a grotesque foe. I stared into sunken white eyes with no visible pupils. It had green-tinted skin and dirty blond hair, and the red, exposed muscles around its mouth made me want to gag—or maybe it was the foul stench of dead and rotting flesh.

It hissed, flashing its black, sticky teeth at me.

Sammy screamed, and I hugged her close.


Setting my sister on the soft grass, adrenaline surged through my veins. I spread my feet in a fighting stance. Game on. Because this zombie was going down! I was ready to give this thing the biggest headache of its life.

#7 – A SURVIVALIST – Wasn’t that what I was? Or anybody else who was trying to survive in this undead world?

The axe smashed through meat and bones like they were breakfast cereal, sending a pang of pain through my upper arm as it reverberated from the impact. I pulled away and then slammed it into the creature one more time, this time with less thought and more power. The second time did the trick, and it dropped to the ground. Realization didn’t kick in straightaway, but as my breathing quickened and my eyes focused on the bloody mess at my feet, I knew I’d have to fight off nightmares for a while.

A thundering sound caught my attention and I peered through the vegetation. Rotor blades chopped the air as a black helicopter roared through the forest…rescue! My heart lurched. Lifting my sister up once again, I bolted through the open meadow.

Sammy and I climbed aboard the helicopter as wind gushed over our bodies. My dad hugged us, tears welling up in his eyes. Josh threw his arms around me and I let out a sigh of relief. Glancing down, I gasped. Hundreds of zombies broke through the trees and dotted the landscape.

#8 – HELICOPTER PILOT- This person will save your butt and get you the hell outta there!
I let out a long breath as we lifted into the air. There were now dozens of mutilated hands and faces all thrashing around violently below, just waiting for their free meal to fall from the sky above.

I knew we would make it. I wasn’t sure what humanity would hold, but I knew I was alive. The world seemed to be crumbling all around us, and the undead army seemed to be growing in numbers daily. Sooner or later, though, they would have to run out of healthy people to infect. The living dead would eventually die, and survivors could rebuild. I quickly learned that it was an everyday battle to survive, with death lurking around the corner. Life was rough and totally sucked, but there was little I could do about it. Whether I wanted to or not, I’d have to deal with it, and I would never give up thinking humanity might stand a chance after all. 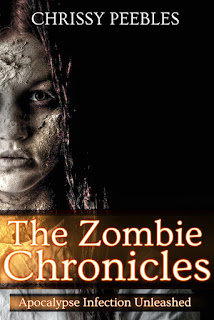 Val was bitten by a zombie and now she’s scheduled for lethal injection. Breaking all the rules, eighteen year old Dean Walters snags vials of an experimental serum. But it can’t be tested until Val turns into a zombie: something authorities won’t allow. Her execution is scheduled to happen before transformation is complete, giving Dean only hours to break her out.

When their helicopter crashes straight into the heart of Zombie Land, his rescue mission becomes a fight for survival…and giving up on Val is NOT an option. 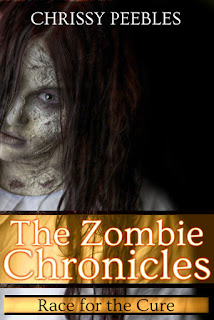 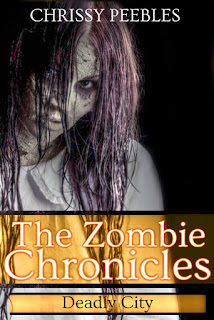 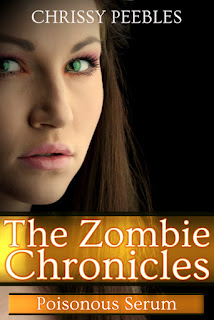 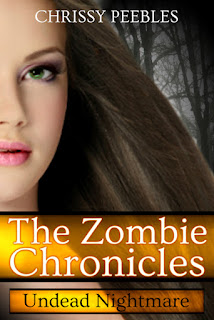 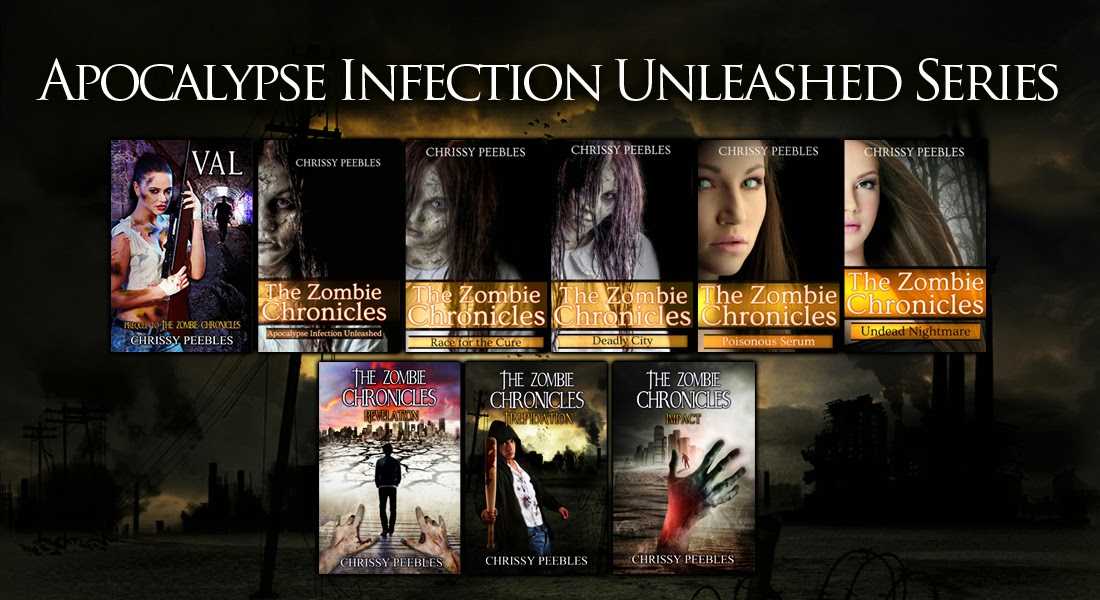