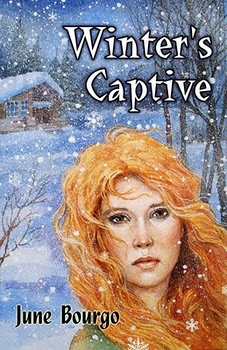 Georgia Charles travels to the Yukon to distance herself from a cheating, manipulative husband. While struggling with the idea of her newly discovered pregnancy, she's kidnapped by bank robbers who flee to north-western British Columbia. Here, she escapes into an area known as the last frontier.
Hopelessly lost in this vast, undeveloped wilderness, she pushes her way through a raging snowstorm and discovers a cabin. Georgia's happy to have escaped her captors, but she's trapped by days of blizzards and becomes a prisoner of Mother Nature.
Her will to survive is tested as she struggles through a harsh winter in the wilds. Faced with a lack of survival skills, she reaches the brink of emotional breakdown.
She's forced to confront her fears of childbirth alone and the possibility of complications. She envisions an angel, imaginary or real, who helps her discover her inner power.
Can Georgia unearth a maternal strength to save herself and her unborn child? Or will she perish?

Winter's Captive is a compelling, heroic story of one woman's survival against all odds.


I'm so pleased to announce that Winter's Captive by June Bourgo is going to be released soon!

When Georgia receives the shock of her life, she gets in a car and heads off to put some space between her and her cheating husband. Not only has he cheated, but he has gotten his mistress pregnant. And he has no idea she's pregnant too. While on a pit stop, she is an eyewitness to two bank robbers who have just robbed a bank. They abduct her to keep their idenity a secret. Georgia escapes into the middle of nowhere through a blizzard and finds shelter. Thinking she will only be there temporary, she settles into the cabin. The snow never lets up and, finally, she learns the reality of the situation-she is snowed in until spring. Not only does Georgia learn survival skills to stay alive, but she goes on a deep soul searching journey to heal and be at peace.

But even at peace, Georgia faces the biggest battle of her life-the battle to stay alive, to eat, to drink water, stay warm, and fight off wild animals. Georgia finds an inner strength, courage, and determination all women will admire. I couldn't put this book down and fell in love with Georgia and I felt like I was right there with her as she fought to survive. I loved how she handled situations and her personality is spunky. You will find yourself, laughing, crying, and rooting for Gerorgia from beginning to end. It's a fantastic read and I recommend it to everyone. I'm looking forward to book 2 by this author.

Check out June Bourgo's blog! Click on this link: http://losingcinderella.blogspot.com/2011/09/winters-captive-presales-available.html

June Vivian Bourgo, born and raised in Montreal, currently lives in the beautiful British Columbia interior. Her publishing credits include feature articles for a single-parenting magazine. She finds her inspiration to write from the raw nature and wildlife surrounding her home. Winter s Captive, her debut novel, was inspired by her personal journey from an abusive relationship to empowerment. Her hope is that her readers will connect to her main character s plight on a personal level as well as be entertained.

Thank you so much for featuring my book and site. Your support means so much and you presented a great blog.