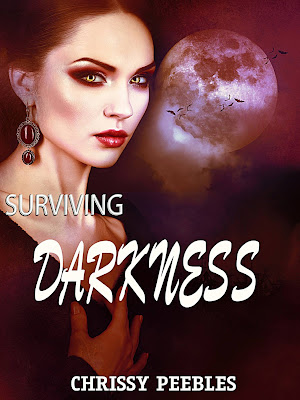 With Danny at her side, and her newfound powers growing, Blair feels like she should be okay. Heck, she even has a—sort of—friendship going with Tori, her long-lost half sister. Tori might be an assassin, but she draws the line at killing family, and she’s willing to help Blair with something no one else would: taking down Vlad the Impaler, legendary vampire and all-around bad guy extraordinaire. Just one problem, though: he’s also their father.

Blair knows that time is running out, and when Tori arrives with the story of an ancient artifact that could protect her, she sets off to search for it. She’s sure that she’s just keeping herself safe while she prepares for her fight with Vlad—but it soon becomes clear that every step she takes, every enemy she defeats, is just bringing her closer to the inevitable showdown…