MEET THE QUEENS OF DARKNESS 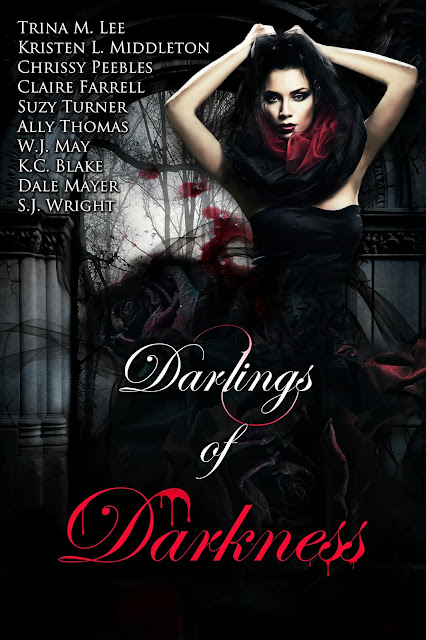 Darlings of Darkness is a vampire anthology that is now available.

These DARLINGS are the Queens of Darkness. Let's meet these fantastic women. 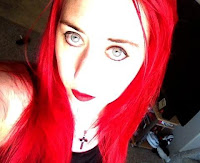 Blurb: A werewolf with an unusual power is forced to face the monsters of her past and the uncertainty of the future after a dangerous vampire awakens the darkness within her. 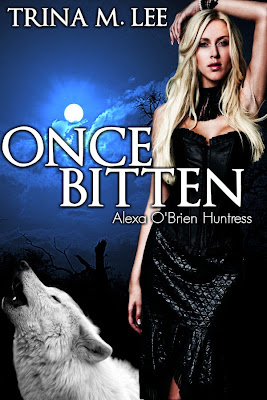 Bio: Trina M. Lee was born in Edmonton, Alberta Canada. Writing fiction since childhood, a fascination with the supernatural developed in her early teen years and an immersion in paranormal fiction began. Trina enjoys hearing from readers and has an active social media presence.

Blurb: After the inexplicable disappearance of Lilly Taylor's parents, she has no choice but to move to Canada where she unravels some frightening yet intriguing family secrets... 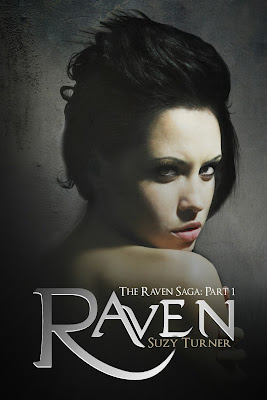 Although Suzy is a Yorkshire lass at heart, she left her home town of Rotherham, UK, to move to Portugal with her family when she was ten.

The Algarve continues to be her home, where she lives with her childhood sweetheart husband Michael and their menagerie of cats and dogs.

Suzy's career began soon after completing her A levels when she was offered the position of trainee journalist for a local English newspaper. Her love of writing developed and a few years later she moved on to become assistant editor for the region's largest English language publisher. Since then she has also worked as the editor of one of the Algarve's most loved monthly lifestyle magazines. Early in 2010 however, Suzy began working as a full time author. She has since completed her first trilogy, The Raven Saga, as well as written two full length novels and a novella in a brand new YA series, The Morgan Sisters. 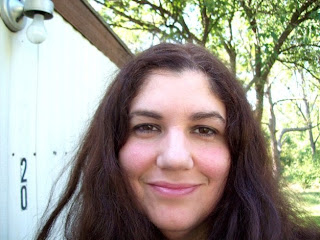 Blurb: An unhappy vampire gets a second chance to be mortal in this dark, yet often humorous tale of creatures at war.

VAMPIRES RULE by bestselling author K. C. Blake. She’s the author of two other exciting series which include Bait, Crushed, and Witch Hunt. 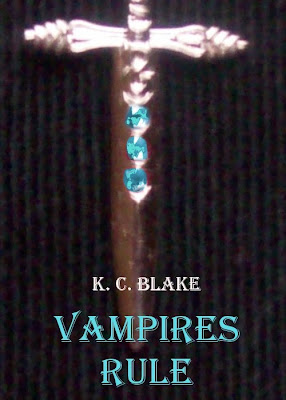 Bio: K.C. Blake is a ninja on the keyboard. When she is locked in her office, pounding out another story on the computer screen, no one dares disturb her. What they don't know is she isn't even in there. She's in another world, fighting vampires, hunting werewolves, or falling in love with a tall, dark, and handsome creature of the night. Only her cat knows where she goes and what she does, but Blanca won't say a word... even if she's a shapeshifter in disguise.
A former writer for Harlequin, K.C. Blake has returned to her true love, YA. Her inspiration comes from such greats as Stephen King, J.K. Rowling, Cassandra Clare, and others. She loves literature including the classics and poetry by Byron and Yeats. She loves animals and has recently added baby ducks to the family farm. You can find her blog here: http://kasi-kcblake.blogspot.com

Blurb: It lurks in the dead of night… 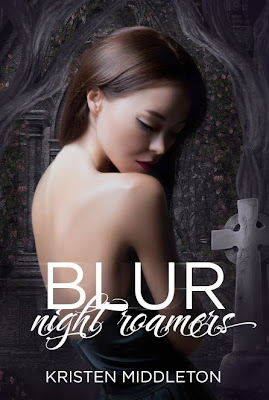 Bio: Kristen lives in Minnesota with her husband, Dave, and two daughters, Cassie and Allie. She spends her days chasing kids, drinking iced-coffee, and obsessing over completing her current book or starting the next one. Besides spending time with her family, she enjoys reading, movies, traveling, cooking, and watching 'The Walking Dead' and 'Shameless' on Sunday Nights. She also LOVES getting emails from her readers, so (unless you're craving brains or blood) don't be afraid to send her a message at: kristenmiddletonauthor@yahoo.com.
Kristen has hit #1 on the Paranormal,Teen,Horror,and Erotica charts on numerous occasions, with Blur, Zombie Games (Origins), and Tangled Beauty (under her pen-name K.L. Middleton). Kristen has also been a ranked author in Amazon's top 100 in Horror.
Zombie Games Series:
Origins (Book One)
Running Wild (Book Two)
Dead Endz (Book Three)
Road Kill (Book Four)
Book Five (Title Pending) Available October 1st, 2013
Night Roamers Series:
Blur (Book One)
Shiver (Book Two)
Vengeance (Book Three) Available August 1, 2013
Like me on Facebook!
http://www.facebook.com/KristenMiddletonAuthor
Follow me on twitter: Kristen Middleton
@Kristen_author
Favorite Quote (Henry Ford)
"Whether you think you can or think you can't, you're right." 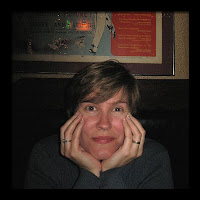 Blurb: Rayea is a daughter of Satan, and a vampire. But the good thing is…she’s on our side.

THE VAMPIRE FROM HELL by bestselling author Ally Thomas. Her books have been on the Top 100 bestsellers list in Fantasy at Amazon since 2011. 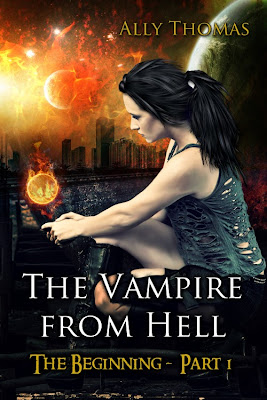 Bio: Ally Thomas loves writing fantasy and paranormal books for that showcase vampires, werewolves, zombies, witches, and any furry monsters who go bump in the night. Her paranormal fantasy series, The Vampire from Hell has been on the Top 100 Amazon bestsellers list in Fantasy since its first release in 2011.
Ally lives in the south with her husband and is currently working on the next installment of the Vampire from Hell as well as exploring her passion for vampire romance with a new YA paranormal romance series called The Moon Journals.
Visit her online at www.allythomas.com. 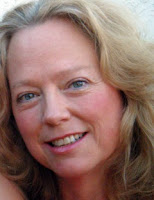 Blurb: Sixteen-year-old vampire Tessa's throwback human genes make her an outcast in her world, but fate and near death teaches her that who you are on the inside is more important that what you on the outside. 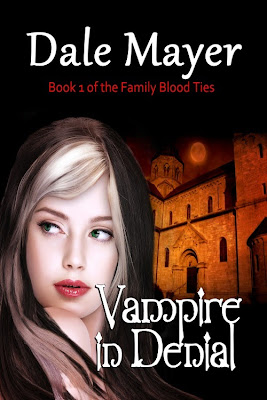 Bio: Dale Mayer is a prolific multi-published writer. She's best known for her Psychic Visions series. Besides her romantic suspense/thrillers, Dale also writes paranormal romance and crossover young adult books in several different genres. To go with her fiction, she also writes nonfiction in many different fields with books available on resume writing, companion gardening and the US mortgage system. She has recently published her Career Essentials Series . All her books are available in print format as well.
To find out more about Dale and her books, visit her at http://www.dalemayer.com. Or connect with her online with Twitter at www.twitter.com/dalemayer and on Facebook at www.facebook.com/dalemayer.author
Books by Dale Mayer
Psychic Vision Series
Tuesday's Child
Hide'n Go Seek
Maddy's Floor
Single Title Romantic Suspense/thrillers
Touched by Death - out now!
Novellas
It's a Dog's Life- romantic comedy
Young Adult Books 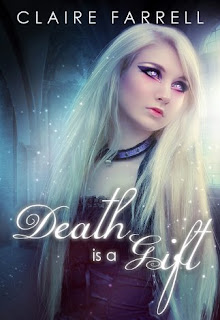 Blurb: A reclusive hybrid vampire is forced to reacquaint herself with the human world in order to rid herself of an accidental slave problem. 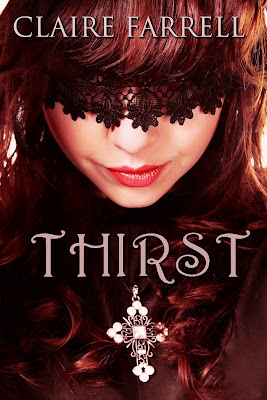 Bio: Claire Farrell is an Irish author who spends her days separating warring toddlers. When all five children are in bed, she overdoses on caffeine in the hope she can stay awake long enough to write some more dark flash fiction, y/a paranormal romance and urban fantasy. 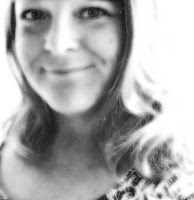 Blurb: Sarah reads her grandfather's journal in stunned disbelief. What was once her grandfather's responsibility has passed to her father and now to her. She has become the Warden. Her life will never be the same.

THE VAMPIRE’S WARDEN by S.J. Wright 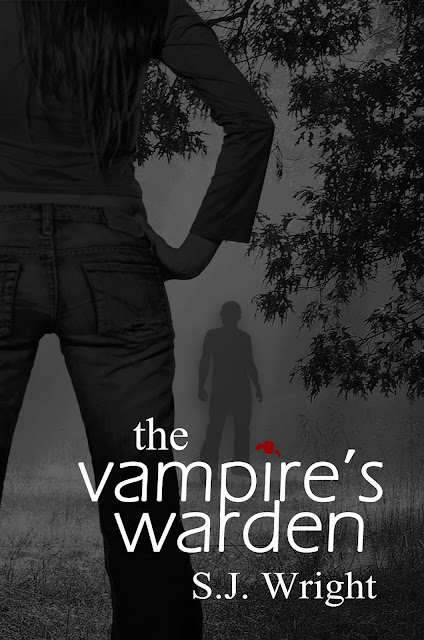 Bio: S.J. Wright (aka Steph) first began writing stories when she was twelve years old. She has been a cashier, a receptionist, a factory worker and has served a multitude of other roles over the years. Her favorite role has been that of a mother to her two sons. She lives in Texas with her husband, two boys and Shelby, an old Jack Russell terrier who likes to follow her into every room of the house. S.J. grew up near the University of Notre Dame and most of her family still lives in Indiana, where she hopes to live again one of these days.
The Undead in Brown County series takes place in Brown County, Indiana. S.J. and her husband spent a few days there after they were married in 2002. She began writing the series in October of 2010. In February of 2011, she published her first novel The Vampire's Warden as an ebook on Amazon and Barnes & Noble. After several months of self-promoting the book, she was able to consider the idea of turning it into a career. Since then, she has released three more books in the series and is working on a fifth.

What if courage was your only option? 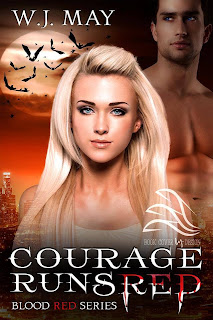 Bio: http://www.facebook.com/pages/Author-WJ-May-FAN-PAGE/141170442608149?ref=hl
and
http://www.wanitamay.yolasite.com/
Wanita May grew up in the fruit belt of Ontario - St.Catharines. Crazy-happy childhood, she always has had a vivid imagination and loads of energy.
The youngest of six -- four older brothers, and a sister -- taught her at a young age to be competitive in all aspects of life.
At sixteen, she began competing in athletics (track and field) and before she turned seventeen, she was representing Canada in high jump. She continued to compete, breaking Canada's JR High Jump record (1.92m - 6' 3 1/2" for those metric-ly challenged). She attented University of Toronto, and Kansas State University - winning CIAU's and becoming All-American 6x - NCAA Indoors Runner Up + more. 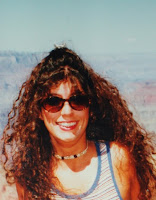 CRUSH by bestselling author Chrissy Peebles of more than ten novels including the popular series The Apocalypse Infection Unleashed Series and The Ruby Ring Saga. 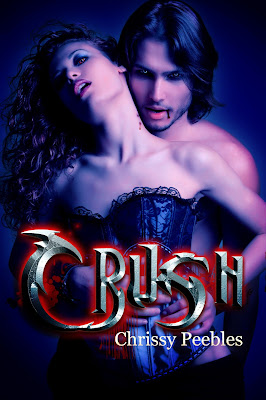 Bio: Facebook: https://www.facebook.com/#!/pages/Chrissy-Peebles/351121651567296 - Please feel free to connect with me and share your comments. I love connecting with my readers.

Chrissy Peebles, a practicing nurse, has always loved reading and writing fantasy from the earliest age she can remember. She plotted every single twist she could think of during bedtime stories for her children. When her little ones begged for more adventures, she felt confident enough to let her overeager imagination spill out into her first novel. She lives in Ohio with her husband, two young kids, and three cats. When she's not taking the kids to Little League soccer, basketball, or baseball, she loves to snap photos as her favorite hobby.

Chrissy Peebles has hit #1 on the fantasy and horror charts on numerous occasions with her Ruby Ring Saga and Apocalypse Infection Unleashed Series. She has also hit #1 in Hot New Releases. Chrissy has been a ranked author in Amazon's top 100 in horror and fantasy. Eternal Destiny has appeared on the charts 435 times. It has appeared on charts in Australia, Canada, Germany, UK, USA. It has appeared on the Action & Adventure , Fiction & Literature genre charts.

Her paranormal fantasy series, Eternal Vows, and her horror series, The Zombie Chronicles have been on the Top 100 Amazon bestsellers list since its release in 2012.
Chrissy Peebles has published 18 books that have appeared on the Amazon charts. These books have appeared on charts in Australia, Canada, Germany, UK, USA.